Will IoT and robotics mean less work for farmers?

Decline in unskilled workers may be offset by technology-centric roles. 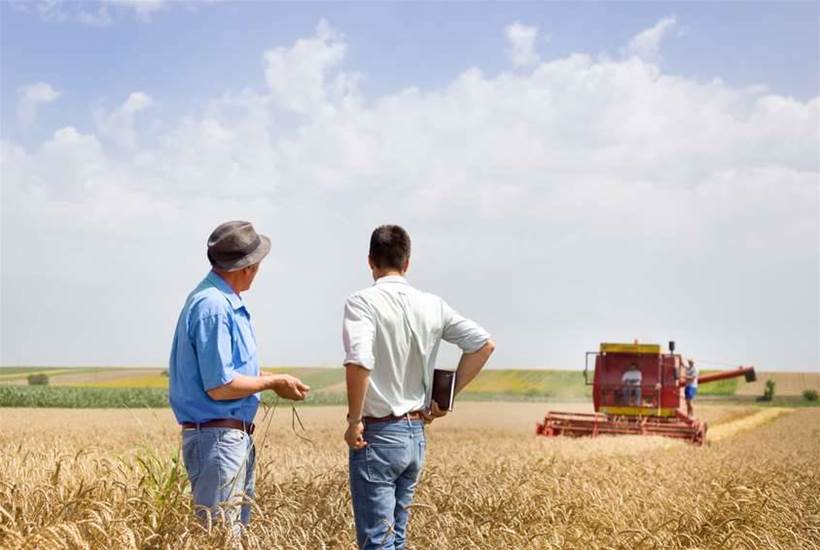 Will the Internet of Things and robotics lead to a reduction in agriculture jobs in the future? According to a panel of industry experts, the goal of these emerging technologies is not to replace a human workforce, but to augment it.

The experts shared their thoughts at the recent IoT and AgTech Summit in Sydney, co-hosted by KPMG and the Australia-Israel Chamber of Commerce (AICC).

“Our aim with technologies such as robotics is not to replace the farmers themselves, but to make them more productive, give them decision support tools for managing their land better,” said Dr Asher Bender, research associate at the University of Sydney’s Australian Centre for Field Robotics.

Gavin Smith, president and chairman of Robert Bosch Australia echoed these sentiments, adding history has shown that unskilled jobs are the first that tend to fall by the wayside when technology is introduced in an industry.

“Across all industries, as you apply automation and robotics, the unskilled jobs decline. But looking back through the history of time, in any industrial revolution where there was an expectation that jobs would disappear and there was uncertainty about what people would do in the future, humans always seem to manage to think of something to keep everyone busy,” he said.

“In the case of agriculture, we’re going to need people to design the robots, write the software, maintain them, ensure they are leased or financed, and so on.

“There will be whole new businesses arise that create new sectors of employment that perhaps today can’t even be imagined.”

Unlike other industries, where economic variation led to “technology haves and have-nots”, the relatively low cost of IoT will allow more farmers to jump on board and start to integrate technology into their operations, according to The Yield’s IoT solutions lead, Donna Forlin.

“As technology continues to get cheaper, it will start to become the norm. I don’t think we’ll ever be in a position where there will be a great divide between agriculture growers that have the technology and those that don’t,” she said.

From capital investment to pay-per-use

The panellists agreed that the seasonal nature of agriculture could lead to difficulty in convincing farmers to make a significant technological investment in IoT and robotics.

However, Smith believes that other capital-intensive industries are shifting their investment mentality to lower the financial barriers of technology adoption.

“Capital-intensive industries are shifting to a pay-per-use approach. So in the future, instead of having a half a million dollar combine harvester owned by a single farmer, sitting in a shed for nine months of the year outside harvest period, it’s possibly more likely that multiple farmers share the equipment, and pay the manufacturer for the time they use it,” he said.

“This, we think will be a big change. The manufacturers of the things, equipment or solutions will actually be selling a service, more than selling a fixed asset.

“So the funding aspect will change, and growers will look for an income stream from their farm that will pay for the lease, rental, or pay-per-use of these combine harvesters, fruit packing machines, or IoT-enabled solutions.”

The Yield has already implemented a service model for the oyster industry in Tasmania, and that came about after lengthy discussions with stakeholders, according to Forlin.

“The capital investment model was not one that was going to be sustainable in the future, especially if we expected the farmers to commit a large capital outlay every time a new technology comes online,” she explained.

More importantly, he saw the growing interest within the farming community itself in using innovative technologies as a key driver in the future success of the agtech industry.

“I’m seeing a lot of momentum in these types of forums where we have a mix of technologists and farmers, which leads to the technologists gaining a better understanding of the food and agriculture sector,” he said.

“We hope that the food and agriculture sector in turn will start to learn more about the digital space as well.”