Why open communication is the key to success. 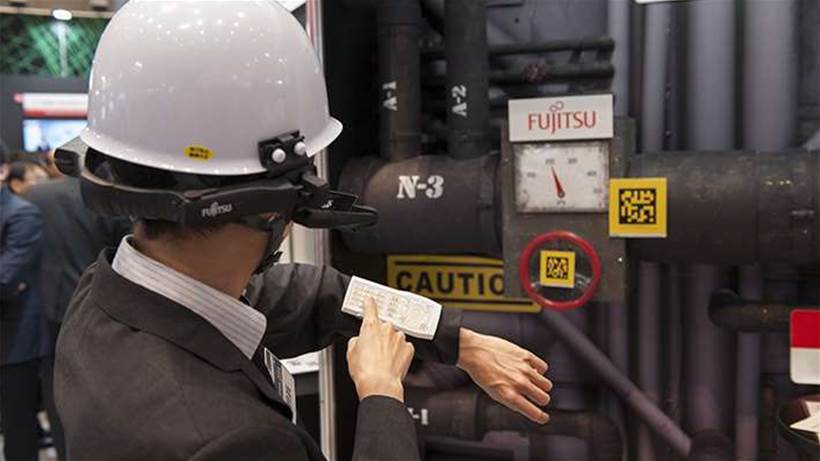 Privacy is being elevated in the IoT conversation as wearables are given to staff to aid multi-tasking and workplace safety, according to Fujitsu’s Internet of Things vice president Alex Bazin.

Bazin said that privacy laws varied country-to-country. They were most prominent in European countries than in North America, he said, “and Oceania sits somewhere in the middle.”

But he said that regardless of the severity of local laws, privacy should be an upfront conversation with workers and union representatives when considering a workplace IoT deployment.

Fujitsu is increasingly being drawn into these kinds of conversations as it brings head mounted displays, safe driving sensors and other IoT wearables into the frontline of workplaces worldwide.

At Fujitsu Forum in Tokyo last year, the company unveiled its Ubiquitousware head mounted display, which enables an infrastructure inspector or assembly line worker to consult support materials in their field of vision while keeping both hands free.

“When conducting infrastructure inspections at precarious heights or performing a complex assembly with both hands in manufacturing, less-experienced operators may either need to stop what they are doing to look up the procedure in a manual or confer with a more skilled counterpart, making it difficult to work efficiently,” Fujitsu said.

“There is demand for an ICT-based form of task support that can be used in a variety of environments and that allows for safe, efficient work.”

Bazin told IoT Hub that one of the first users of the head mounted display is a water utility.

“It was very well received by employees at the utility because it allowed them to provide knowledge transfer between themselves,” Bazin said.

“The employees also saw an immediate benefit to being able to do their job more easily and effectively and to not have to travel back and forth between a site and office to check maintenance histories and other materials.”

Bazin – who has a background in biometrics technology – said that biometrics and IoT shared similar concerns in their initial stages around use.

In that way, he believes some of the strategies used to overcome concerns around biometrics could be re-applicable in an IoT context.

“If you engage with the user community early and effectively you tend not to have many challenges,” he advised.

“You need to explain what privacy protections you’re putting in place, what the benefit both to the business and employee or customer is, and you need to be upfront about what you’re doing. Typically when you do that employees are very good at engaging with the technology.

“Where I’ve seen things go wrong is typically where companies haven’t done that upfront engagement and you just turn up on Monday morning and they say, ‘Here’s a wearable, you need to use it’, and there’s no information or reason.

“So a lot of this is about communication and then from a tech point of view it’s about user experience and how the employees see the benefits of it.”

In addition to the head mounted displays, Fujitsu is also offering a wearable sensor that promotes safer driving called FEELythm.

Bazin said that one of the keys to getting it adopted in the transport sector had been engaging fleet managers, unions and employees to raise their comfort level with using the technology.

He said that one thing employees liked was they could access their own data collected by the sensors, which could be used in decisions about their health.

“Employees want to get the benefit of the wearable as well the business,” Bazin said. “They’ve engaged very positively.

“I think that mature companies with good relations with their workforce are typically successful at doing workplace wearable projects provided they’ve got all this in mind.”