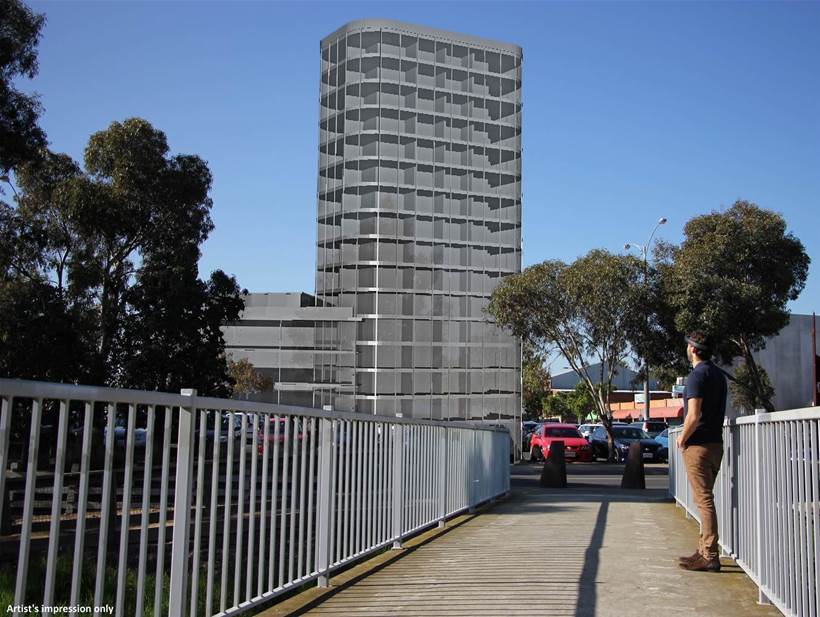 In a first for Australian local government, the council is using Microsoft HoloLens technology to provide three-dimensional renderings of planned buildings for project stakeholders and citizens.

Dubbed ‘WynLens’, the council uses the holographic experience to demonstrate future scenarios across different city systems “whether they are assets, housing availability or transport.”

The platform provides a richer form of AR called 'mixed reality', overlaying digital landscapes and infrastructure models through the HoloLens headset onto real-world objects in real-time.

This allows users to "walk around” current and future works and obtain a visual understanding of their impacts to the surrounding environment.

Customer and IoT data can also be integrated into the platform, providing augmented reality views of different city systems.

According to Wyndham City’s digital research lead and project spearhead Dr Adam Mowlam, such mixed reality experiences can “help bring an abstract or technical idea to life, so that a wide range of stakeholders can discuss and interrogate.”

“Mixed reality can also be used to document, tell stories and speculate the future – attraction future investment, influencing decision makers, using it to consult with our communities, and even as a form of simulation-based learning,” he said in a statement.

This innovative use of technology follows the council’s recent initiative to deploy consumer drones to create high-resolution 3D maps of Werribee’s CBD.

Furthermore, the initiative won the “Innovation to Create More Liveable Australian Cities” award during the 2017 National Awards of Local Government.

Wyndham City Council is no stranger to exploring the use of cutting-edge technologies to achieve its goals and better serve its citizens and stakeholders, and for Mowlam, the use of HoloLens technology is just another step along the journey of leveraging technology to find better ways of doing things within local government.

“We identified mixed reality as having broad functions and capabilities across a range of service areas at Wyndham, and the first area of interest for us was urban visualisation,” he told IoT Hub.

With upcoming construction to build a number of high-rise office buildings in the CBD in the works, urban planners, council members and stakeholders had trouble understanding their impact on a city centre that has traditionally only had buildings two or three storeys high.

Impacts caused by building shadows, Wi-Fi signals, and tree canopy growth (among others) were too difficult to understand by simply looking at two-dimensional blueprints or geographic information system (GIS) maps, according to Mowlam.

“The visualisation of 3D models holographically was really something that appealed to us from an understanding perspective,” he added.

“We see the project as a fundamental building block for our smart cities strategy. At the moment we’re looking at putting in a range of other datasets, such as car parking sensors, Wi-Fi signals, stormwater pipes, and so on.

“The technology allows a whole range of stakeholders to really understand the urban environment a lot quicker, and a lot more intuitively.”

Mowlam said he is fortunate to work for a council CEO that’s willing to “smash the local government model of exploring technology,” especially compared to other council environments which can be relatively slow to adopt new technologies.

“We were seen as being innovative building smartphone apps in 2013, when in reality that was probably three years after they were readily acceptable,” he explained.

The decision to go with the HoloLens as the platform of choice came about not only because of the council’s existing relationship with Microsoft and its products, but also the compatibility of existing datasets with the HoloLens platform.

“It future-proofs the product a lot better from our perspective than going down the route of some other augmented reality technologies,” Mowlam said.

“The project team did trial a number of different devices privately before deciding on HoloLens, but in the end it was pretty clear-cut decision for us.”

Ultimately, the use of augmented reality technology was done to enable the council to have “smart citizens”, allowing them to inspect and interrogate open datasets visually.

Mowlam added that while the market for augmented reality is such that there are very few devices being used at the moment, he expects adoption to increase over time.

“I think we’re currently in an interim period where not many people are going to have these devices, but the investments by the likes of Microsoft, Google, and Apple will eventually bring mixed reality to the mainstream,” he said.

“Ultimately, we’re not here to show people gimmicky technology; we’re here to distribute a message, and that is to show people how their city is going to look and to give them an opportunity to respond, whether they be internal staff, developers, citizens or business owners.”