Trials in NSW, WA and Canada on the cards. 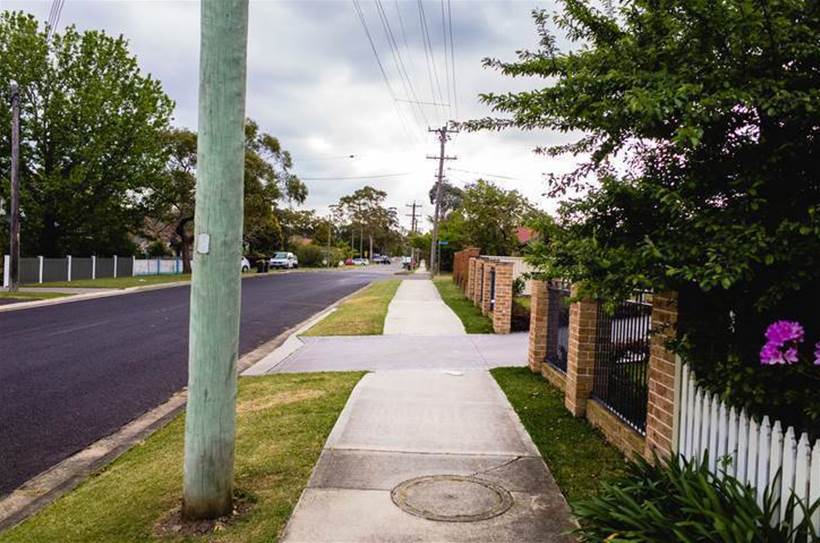 Perth-based Meshnet is on the cusp of turning thousands of Australia’s power poles into environmental monitoring stations and emergency communications points for lost bushwalkers.

The company has developed solar-powered devices for installation on power poles that communicate over a proprietary wireless mesh network and that can provide information about the poles and their environment.

Founder and director Iain Puddy told IoT Hub that he and co-founder Ian Meares had been working for a decade to develop technology that could anticipate failures in wooden power poles, which can fall starting damaging bushfires.

“This is a 20-year-old idea that turned into a 10-year project that looks like an overnight success,” he said.

The poles have a life of around 50 years and the standard practice to monitor their integrity is to bore test holes every few years. By detecting small movements Meshnet’s technology aims to be able to remove the need for these tests, anticipate failures and potentially extend the service life of poles.

“We have a very sensitive accelerometer that is the primary device that is driving this whole project,” Puddy said.

“About two and half years ago the prices of components came down to the point where we thought we could start Meshnet and we were lucky enough to get a trial with a utility in Victoria 14 months ago. We still have seven devices in the field – which I built in my garage.

“We are just about to receive an order from a utility in NSW to trial 50 devices and one in WA to trial 25 to 50, and I have just been in discussions in Canada for another trial potentially of 50.”

Meshnet is now looking at adding temperature, humidity, wind velocity, atmospheric pressure and rain sensors to devices installed every 2.5kms on power poles so that a commercial rollout would provide Australia with hundreds of thousands of weather stations.

“This would create a network of 300,000 weather stations,” Puddy said. “There are less than 2000 across Australia today.”

For its next generation of devices the company is looking at using a Texas Instruments processor with Bluetooth capability to provide assistance to people in remote areas.

“We are looking at creating an app where people can go to a power pole and link in via Bluetooth and then start two way text communications,” Puddy said.

To date the company has relied on ‘friends and family’ funding. “We are close to some serious investment, but a lot hinges on having contracts. Once we do get a full contract we will be worth a lot more,” he said.

However, Puddy said the company had guaranteed non-equity funding for a large scale commercial rollout, which it would need because it plans to offer a service, not to sell devices.

Puddy expects Meshnet’s devices to last about 10 years in the field. “We are trying to tie in utilities for rolling 10-year contracts under which they pay for service and we own the data and the devices,” he said.

“If we rolled up with a 10-year contract for 200,000 poles we could get the funding, but, separately, we are still looking for equity partners.”

To interrogate and analyse the data gathered from what could be hundreds of thousands of devices, Meshnet is using services from Hitachi Data Systems, its Lumada IoT platform and its analytics subsidiary, Pentaho, which Hitachi last week consolidated into a new company, Vantara.

“You can imagine a utility with 300,000 poles with our devices. All of the data from the units would go into a visualisation suite on Hitachi servers and we would visualise that. You would be able to zoom in and out. And they have another package called Pentaho that does all the reporting analytics,” Puddy said.

Puddy was speaking to IoT Hub on the sidelines of Hitachi’s Next 2017 event in Las Vegas at which the company announced the formation of Vantara and a new release of its IoT platform, Lumada.

Puddy said he was there to keep track of Lumada developments. “We’ve been heavily involved with Lumada – we need to see how it will impact us.”

While wooden power pole monitoring was the impetus for the creation of Meshnet, Puddy said the company was now looking at extending its technology to other vertical bodies including, concrete power poles, steel light poles, trees, channel markers in harbours and communications towers.

The author attended Hitachi Next 2017 as a guest of the company.