Hitachi Vantara to focus on data and insights. 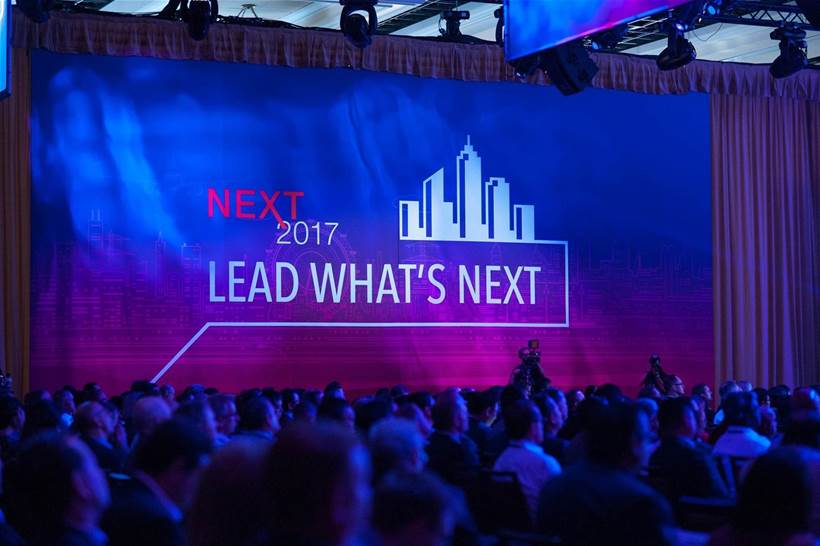 Hitachi Vantara was announced at NEXT 2017.

Diversified Japanese conglomerate Hitachi is ramping up its focus on IoT with the formation of a new company, Hitachi Vantara that brings together a number of formerly disparate Hitachi entities.

The move follows an announcement by the company last December of plans to treble its Australian IoT revenues in five years.

Hitachi’s focus with Vantara is very much on the data that can be gathered from IoT and the insights that can be gained from its analysis.

The president and COO of Vantara, Brian Householder (former head of Hitachi Data Systems) said the aim of Vantara was “to bring the best of Hitachi’s technologies, its expertise and know-how around data to deliver better outcomes for our customers. … Wherever data gets created we can help you get control over it, manage it, gain insight from it and take advantage of it. That is the sole focus of this organisation.”

According to Householder, 60 percent of companies are not digitised 95 percent of company data is not being analysed. “What we are trying to do is to deliver better outcomes for our customers to be at the heart of that digitisation.”

The new company’s core new IoT specific product is Lumada, an IoT platform announced in May 2016. Hitachi also announced at NEXT the release of Lumada 2.0 and the Hitachi IoT appliance: hyperconverged IT infrastructure that comes bundled with Lumada.

Hitachi says Lumada has been fully updated with enhanced artificial intelligence, machine learning and advanced analytics capabilities and an “elegant, portable architecture” that enables it to run both on-premises or in the cloud, and that supports industrial IoT deployments both at the edge and in the core.

The company says one of the key enhancements added with Lumada 2.0 are asset avatars, described as Hitachi’s unique approach to what is commonly referred to as ‘digital twins’.

“Asset avatars provide a digital representation of physical assets and rich metadata for analytics, serving as a digital proxy for business and industrial assets and providing rapid data-driven insights into their health and performance, with continuously updated sensor values,” Hitachi says.

Hitachi – which started life in 1910 as a manufacturer of electric motors – says its aim with the creation of Vantara is to capitalise on its unique value proposition for IoT, achieved through the combination of its 107 years history in the provision of operational technology and its 58 years in the IT market.

At its creation Hitachi Vantara has revenue of $US4 billion and 7000 employees. Its stated mission is “to help customers tap the true potential of their data.”

Hitachi’s plan for the trebling of its Australian IoT revenues was unveiled by Hitachi president and CEO, Toshiaki Higashihara at Hitachi’s Social Innovation Forum in Sydney in December 2016. He said Hitachi would invest $1.25 billion between then and 2020 to achieve that goal.

Hitachi earned revenues of $A1.25 billion in Australia in 2015 from a diverse portfolio of 10 businesses employing 1700 people. That figure represented a fairly modest percentage of Hitachi’s global revenues – one percent in comparison to Australia’s 2.16 percent share of 2015 global GDP.

The author attended Hitachi NEX 2017 as a guest of Hitachi.