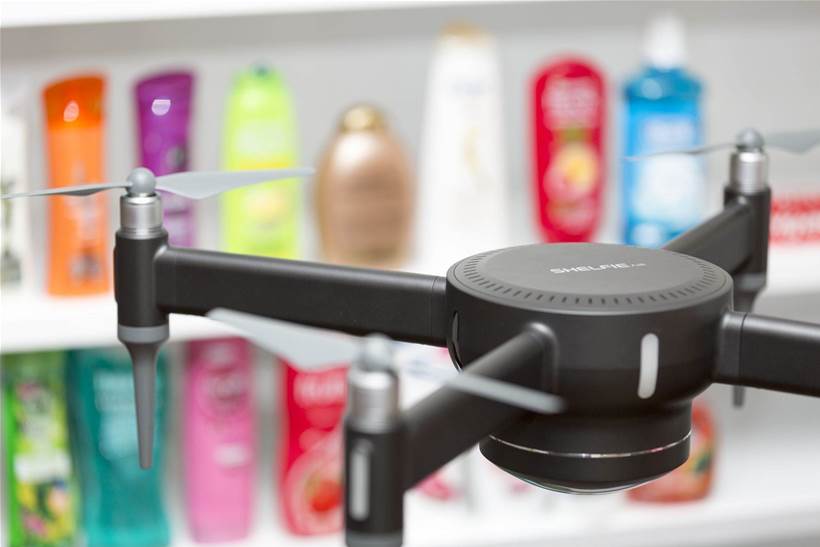 Australian technology company Lakeba has leveraged its partnership with Microsoft and created ‘Shelfie’ – an autonomous retail robot that's currently being piloted and slated for a UK launch later in 2017.

Unveiled at the recent US National Retail Federation’s Big Show in New York City, the robot combines intelligent image capturing and cloud-based data analytics solutions, and will automatically travel throughout stores scanning shelves and reporting on stock levels in real-time.

Much like Intel’s retail robot Tally – which was also unveiled at the trade show – Shelfie can help to identify sales trends and provide intelligent insights to optimise merchandise layouts.

What differentiates Shelfie from Intel’s offering is its multiple form factors. Shelfie is available as a floor-standing robot, drone or hand-held device, giving retailers greater flexibility with the deployment of the robots.

Microsoft has provided its Azure cloud platform to house the data analytics, with other services such as Active Directory, SQL and Content Delivery Network helping to facilitate data capture.

According to Lakeba, the initial focus for the device will be the retail grocery sector, a pilot with UK-based supermarket chain Co-Op is currently underway, and commercial availability of the Shelfie is slated for the end of the year in the UK.

“For example, once a gap or discrepancy is located, an alert is sent out to ensure it is quickly fixed so that the sales opportunity is not missed,” he explained.

“The Shelfie robot is an innovation developed by Australians that will revolutionise supermarkets’ ability to forecast stock requirements both in Australian and overseas retailers.”