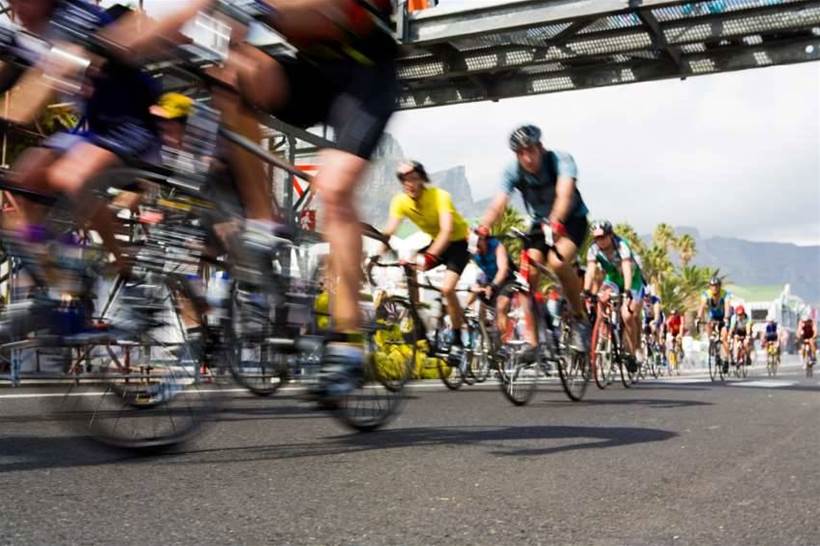 Road cycling is an exhilarating sport - for the riders who compete in races, but not so much for spectators and fans who see the cyclists for a few seconds, and then lose sight of them for hours on end.

Overseas, cycling race organisers get around that crucial problem by using helicopters and motorbikes with camera people who relay imagery of the riders to big screens situated where the audience is.

However, Australian race organisers typically don’t have the money and resources to do that, making the lack of visibility problem a tough nut to crack.

In January this year, Cycling Eventures - which runs the Tour of Margaret River bike race in Western Australia - joined forces with Perth-based Satalyst to solve that problem, and to provide a full interactive experience for spectators.

The race is seven years old and has four stages spanning 230 kilometres in total in which 600 professional and amateur riders taking part.

Satalyst's Tracker technology was used to place the riders on a map for spectators.

During the race, the audience and race commentators were able to check how riders performed. They could see riders’ speeds, location and get data on them such as their power output and heart rate, which provide an idea of how how hard the cyclists were working - and how tired they were.

Over the four days that the Tour of Margaret River lasted, around 930 people viewed Satalyst Tracker and the information it presented, over the web.

The data captured was sent to Microsoft’s Azure IoT Suite over a 4G cellular network. Data from devices was ingested with the Azure IoT Event Hubs, and processed in real time with Apache Storm running on HDInsight.

Satalyst used Redis Cache for short-term storage with fast access, and Azure SQL for long-term storage, and the data was presented on Azure websites, the company said.

While all the new data and information coming onstream provide insights that weren’t available before, there was also the question of how to avoid the knowledge from being used strategically to game the races.

For instance, a team manager could use the monitoring to discover that a competing cyclist was down on power, indicating she or he was getting tired or otherwise struggling on a particular sector, providing an ideal moment for others to attempt a break away and drop the fatigued rider.

Machine learning - which collects large amounts of data from bike riders - could also be used to predict who would win a race, measuring power output, fatigue and other factors.

At the same time, Julie Kalotas from the Niche Women’s Team said the data from Satalyst Tracker helped her and her teammates refine their training and racing techniques.

Together with team managers and coaches, the IoT solution allows the Niche Women’s Team to be the best riders they can be, Kalotas said.

Elliott added that the company hopes the Satalyst Tracker will be used in the Tour Down Under race in January and at the 2016 World Cycling Championships held in Perth next year.

The company is also exploring opportunities to work with cycling power meter manufacturers, using Azure Machine Learning to build an IT solution that analyses pedal stroke and torque to improve rider efficiency and effectiveness.

Juha Saarinen travelled to Microsoft Ignite on the Gold Coast as a guest of Microsoft.