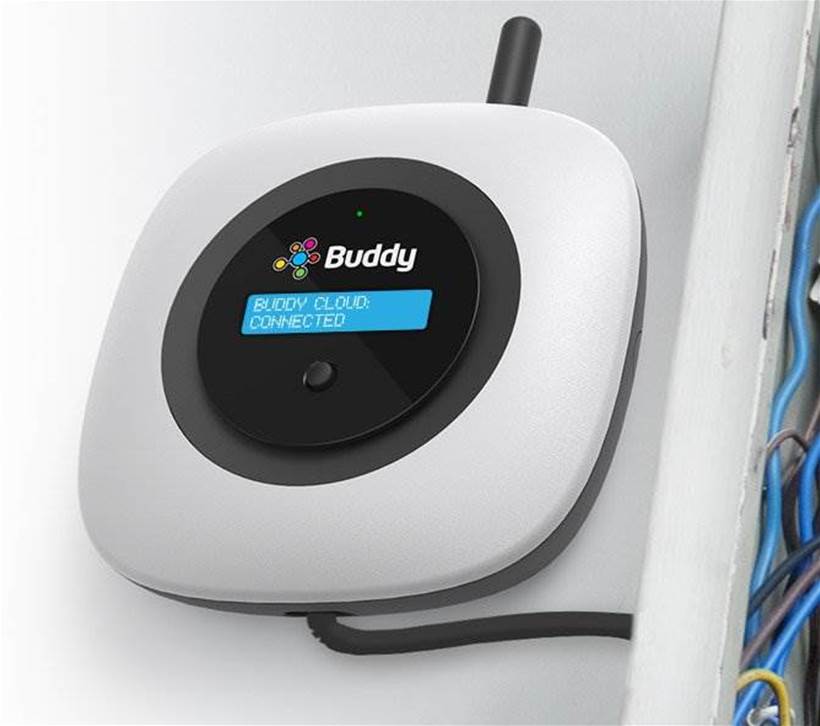 ASX listed IoT company Buddy Platform has scored a deal with Digicel Group, one of the largest mobile network operators in Central America, to sell and install its Buddy Ohm system for monitoring building energy consumption.

Digicel will sell and install Ohm throughout the 26 markets in the Caribbean and Central America where it operates. The product will be branded “Ohm – powered by Digicel” replacing the Buddy branding on the products. The units will ship with Digicel SIMs, enabling them to relay data to the Buddy cloud over Digicel LTE networks.

Buddy Ohm, which launched in March, comprises a base station that communicates with the Buddy Platform over a cellular network and hard-wired sensors connected to small battery powered transmitters that communicate with the base station using wireless technologies based on the DECT cordless phone system, and in the globally harmonised DECT frequency band.

A key feature of the system is its ease of installation, according to Buddy. To monitor energy consumption it uses simple optical sensors that detect light pulses emitted by LEDs on energy meters. Ohm is also able to monitor power usage measured by old-style rotating disc meters by optically registering each disc rotation.

The extremely high cost of electricity in some Digicel markets creates a significant opportunity for Digicel to reduce customers’ energy costs – particularly those businesses in the tourism and hospitality sectors, according to Buddy.

“Tourism is the largest driver of revenues for the Jamaican economy and the wider region,” the company said in a statement. “Major hotels, international resorts and other tourism facilities are enormous consumers of water and electricity and, given the extremely high cost of these resources, Digicel and Buddy have recognized an immediate opportunity to offer Ohm to help customers reduce their energy expenditure.”

The partnership was launched at an event in Montego Bay, Jamaica, at which Buddy and Digicel told tourism and hospitality industry representatives that they would offer 30-day trials of Buddy Ohm.

Buddy says it has seen very high conversion rates from trial implementations to commercial deployments, even in markets with cheaper electricity, “lending confidence that this promotional offer will deliver strong commercial results.”

Vanessa Slowey, CEO of Digicel Caribbean and Central America, said Digicel had installed Ohm in its own headquarters facility in Jamaica to measure electricity consumption on a floor-by floor basis and to monitor temperature and humidity levels inside its Kingston Jamaica switching facility.