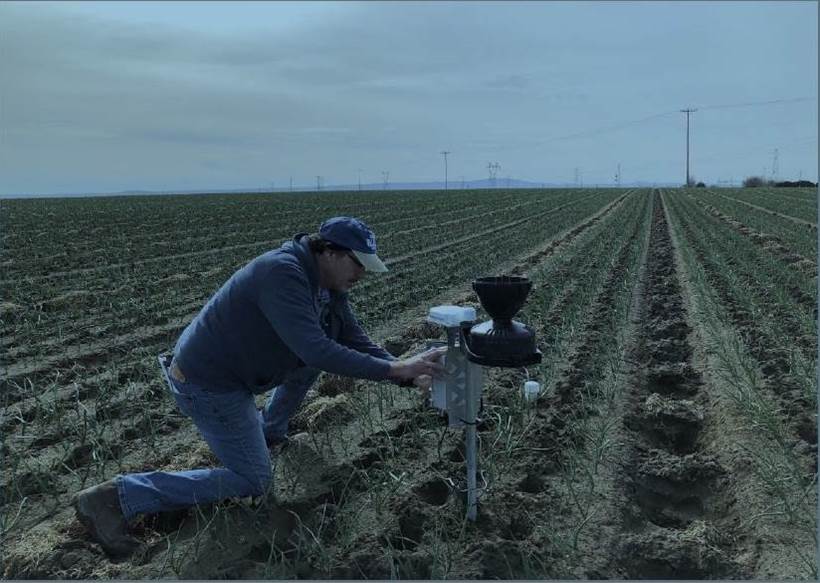 CropLogic, which listed on the ASX in mid 2017 aims to improve crop yields by combining sensor and other environment data with analytics and an in-field agronomy support team to provide accurate advice to growers. To provide communications from its sensors in 2014 the company acquired Indigo Systems, a New Zealand company specialising in wireless systems for environmental monitoring.

CropLogic’s key intellectual property, acquired on its foundation in 2010, comes from the New Zealand Government-owned Institute for Plant and Food Research. According to the prospectus for its ASX listing this intellectual property relates to a method of collecting, analysing, and predicting plant performance and applying this to cropping.

At the time of its listing CropLogic said it intended to focus its marketing efforts initially on potato farming because potatoes respond relatively sharply to both good and bad agronomic management decisions and were a relatively difficult crop to manage and predict.

According to CropLogic, Tasmania has the highest potato yields per hectare in Australia — 31 percent above the national average — and was previously Australia’s largest potato producing state.

Furthermore, it said the state represented a good beachhead from which to tackle the mainland potato growing market, because Victoria, South Australia and Tasmania represent 76 percent of Australia’s potato production.

CropLogic managing director Jamie Cairns said: “Tasmania is known for its precision agriculture and its high agricultural production and is a region with great influence both throughout Australia and globally.

“We have previously worked with multinational processors who have invested heavily in Tasmania and see it as a location with conditions that are directly applicable in other international markets. We share this view, and it is a major factor in what we see as long-term value generation for the company from this acquisition.

“Ag Logic is already recognised for its research and development expertise, having supported some of the largest names in the industry. We believe that Tasmania and Ag Logic offer the same level of agronomic reference as our previous acquisition, ProAg, in Washington State, USA.”

CropLogic gears up for US growing season

The company has also announced commencement of the deployment of sensor technology in the Pacific Northwest region of America ahead of the upcoming growing season.

CropLogic says it will have a total of 830 in-field sensors available for the 2018 growing season with the majority of these being used by existing customers.

Cairns said: “Growers are demanding further insights into quality and yield, and through leveraging the CropLogic platform, the agronomy community is better informed to influence direct outcomes linked to profitability and sustainability.

“Most competitor sensor platforms ignore rain gauges and instead rely upon local meteorological data. CropLogic takes a different approach and uses this data to differentiate rainfall from irrigation on a field-by-field basis. With average field sizes approximately 100 acres in the US market, this ability to monitor microclimates becomes incredibly important in data accuracy going into our models.

“Being able to accurately differentiate rainfall from irrigation also forms part of our value proposition to those that need to account for their water usage, and this includes both processors and growers.”

CropLogic also monitors fields from the air using drones and Cairns said this dual approach “provides the grower with the ability to tailor and predict the application of water and nutrients, for example, while an aerial view provides the ability to health check the plant at a given point in time.”