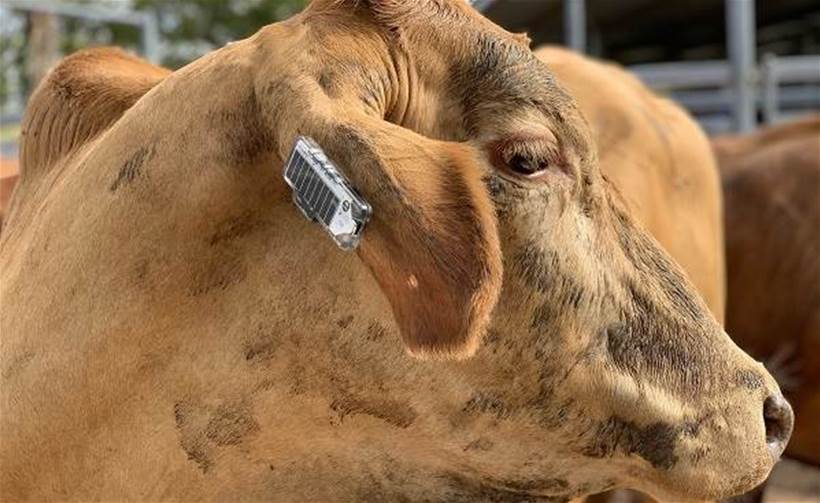 The CSIRO and agricultural technology company Ceres Tag have tested a “smart ear tag” for cows that produces data similar to that collected by (human) fitness trackers.

The tags use an accelerometer and GPS to show the location of livestock and alert farmers to unusual movement patterns. The devices could even indicate that an animal is giving birth, is sick or has been being stolen, according to the CSIRO.

After publicly discussing development of the tags earlier this year, the CSIRO and Ceres Tag today revealed they had successfully tested the devices on 100 cattle at the CSIRO’s Lansdown Research Station near Townsville, Queensland.

While the tag isn’t the first device for monitoring cattle movement, it is understood to be the first that doesn’t require farmers to replace the battery.

Unlike consumer smart watches, the ear tags are designed to survive harsh outdoor conditions on Australian cattle stations, for the life of each animal.

The CSIRO states the tag will be the first smart ear tag accredited for provenance to international traceability standards, including Australia’s National Livestock Identification System (NLIS).

Ceres Tag and the CSIRO are promoting the tag as a way for farmers to lower their costs by reducing the need to use aircraft and vehicles to track livestock.

There are plans to develop smaller and lighter versions of the smart ear tag, and to take advantage of sensing and data analytics expertise within the CSIRO’s technology organisation Data61.

In the meantime, Ceres Tag will show the device in Canberra on November 22 and 23, at Meat & Livestock Australia’s Red Meat 2018 event. It will also show the tag in Brisbane next week at the Global Forum for Innovations in Agriculture event.

The smart ear tag is one of a growing number of IoT devices designed to monitor livestock. For example, Sydney company Livestock Labs has an implant called EmbediVet that monitors livestock health. Other devices include birthing sensors, sensors that monitor cow’s reproductive cycles and sensors attached to milking equipment to monitor milk quality.