How Elanation built a child-friendly wearable 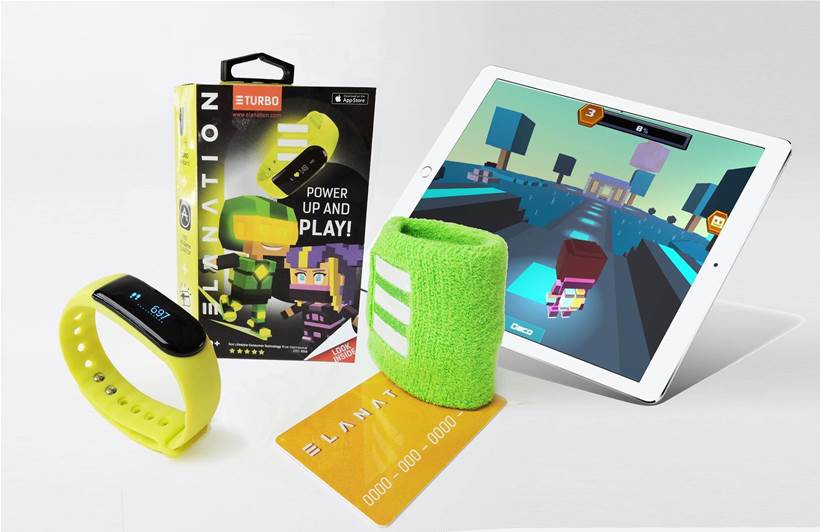 Today’s parents are faced with the ever-increasing challenge of prying their children away from digital devices and encouraging them to play in the physical world.

Elanation CEO and co-founder Katherine Maree Pace saw the opportunity to combine these two seemingly disparate forms of entertainment into a new type of wearable device designed specifically for kids.

“My co-founder Aimee [Atkins] and I decided to build a lifestyle technology company for kids; one that allowed them to engage in the digital revolution as a child,” she told IoT Hub.

“We decided to merge sports equipment with a massively multiplayer online game, curate current affairs for kids to unlock daily when they reach their physical activity goals, and build a really strong community around healthy, physical and digital play.”

What the Australian start-up created was the ETurbo. Unlike wearables geared towards adults, which count calories, sleeping patterns and obtain location data (among other functions), the ETurbo only measures steps, distance and heart rate, ensuring that a child's personal data is not collected, and can't therefore be exploited.

Furthermore, the child can pair the wearable to an Apple iPhone or iPad via Bluetooth and access an online game where the steps taken by the child are translated into ‘energy’ that the child’s online avatar can use while exploring the virtual world.

Once the avatar's energy is depleted, the child is encouraged to continue their physical play so they can progress further in the game.

The ETurbo is also compact enough to comfortably fit on a child’s wrist, and is waterproof in fresh water, meaning it can be used in lakes and chlorinated pools.

“I like to call it ‘children-centric design’. What we did is created a very high-quality wearable with all the features and functionality that were needed for a child between the ages of five and twelve,” she explained.

“Parents don’t care about calorie counting for their children, and the kids shouldn’t worry about it either, so we omitted it.

“There’s also a stopwatch in it, but one of the best features for kids is the watch, as kids at the target age are learning to read time.”

Pace saw a lack of technologies for kids that gave them the freedom to decide how to use them, and felt that they could be very prescriptive in how they had to be used.

“We liked the idea of strengthening kids’ creativity. So our users get to choose how many steps you do each day, and while you do get rewarded if you reach the 10,000 steps goal with a video of a sportsperson teaching you a skill, for us it about appealing to all of the different kinds of personalities,” she said.

She also wanted to devise a platform where kids of differing interests could come together and share a common experience.

“For example, if one kid likes playing computer games and another kid really loves rowing, they don’t really have this [common] point that they could talk about on the playground,” she said.

“We’ve created a wearable that they can all wear, and whether you like gaming or you like sports, you can still talk about something together, and we wanted to reduce the pigeonholing of children as being ‘athletic kids’ and instead reward kids on diversity.”

With every new technology released, there will be an inevitable argument about its potential to harm younger generations – with groups, for example, worried that we’re giving our kids too much “screen time” or we’re providing them with digital technology at too young of an age.

Pace, however, has a more pragmatic approach to technology usage by children.

“Life is about balance, and technology isn’t going anywhere, so let’s find a way to allow them to live with it in a healthy, balanced way,” she said.

She did concede that some technologies should not be provided until a certain age, which is why Elanation’s lower age limit for the ETurbo was set at five years old.

“The only time a younger child might need a wearable is as a utility in a medical instance, where a child has a disease and you’d need to use an intelligent, IoT platform,” Pace added.

“From a lifestyle perspective, we’re seeing a lot of IoT in the education tech space, and even so, many of those products don’t incentivise the kids to go outside.

“I think that parents limiting screen time for their kids shows that they don’t really know what the answer is to this technology usage question, and a lot of that is because we’re giving our kids miniaturised versions of technology we give to adults and children don’t have that same mindset.”

Partnerships for start-ups are key

Any start-up would benefit greatly from mentorship and support from a large corporation, especially in the early days of their existence, and for Elanation, this was no different.

Pace said that Amazon Web Services (AWS) were instrumental to the company's efforts throughout the development of the product and the business.

While $10,000 in credit to use AWS's services was welcome, Pace had a greater appreciation for the knowledge and connections that AWS brought to the table.

"They understand the mentality of a start-up in its first year where you're really focused on trying to apply the money that you've raised in the most efficient manner to test the product," she explained.

"We've also started talking to them about moving into the American market, speaking with Amazon, and so on.

"They really understand the lifecycle of a start-up business, and that's something that we really appreciate as one of our partners."