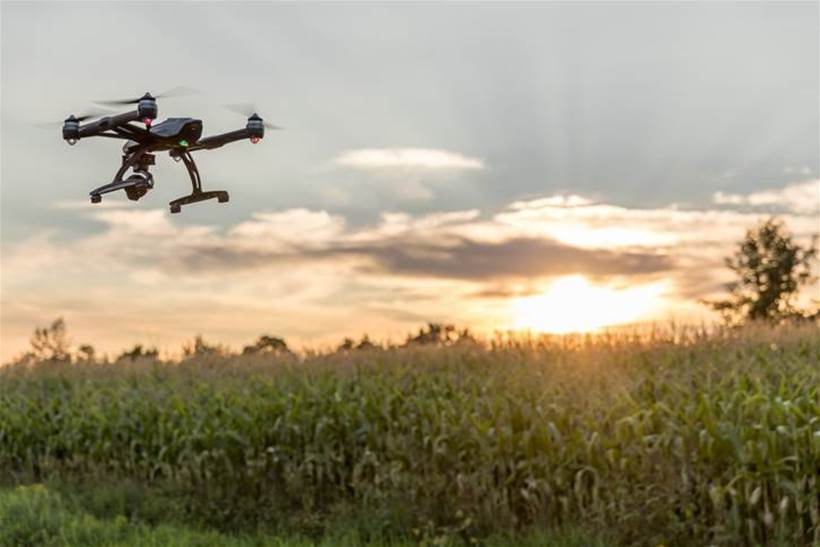 It’s a vision straight out of a sci-fi movie: a fleet of drones criss-crossing a farm, scanning the ground below for weeds and when they are found zapping them with a laser-beam.

However, the New Zealand government is spending $NZ1 million in the hope of making that vision a reality. The Ministry of Business Innovation and Employment is giving the money to a partnership between government research organisation, AgResearch, the Universities of Auckland and NZ-based technology firm Redfern Solutions to examine the development of such technology.

Program leader Dr Kioumars Ghamkhar said the aim was to use cameras and software to identify the weeds based on their unique chemical signatures and how they reflect light, and then locate them precisely using GPS.

“From there, we think smart spraying (rather than systemic and non-targeted use of chemicals), or the right kind of laser mounted on the drone could hone in and damage the weed,” Ghamkhar said.

“We know there are lasers now available that could be suitable, and that they are extremely accurate, so if lasers are used, it would also avoid damaging the useful plants around the weed.

“The effectiveness of lasers against plants has been tested overseas before but that was in the lab, and we’ll be taking it out in the field to test and see if it works as we have planned.”

There are other initiatives underway suggesting that the weed identification, if not killing, is perfectly feasible.

Also, Hitachi Australia has developed technology that takes imagery from drone mounted cameras able to respond to a very wide range of wavelengths, analyses this data in the cloud and provides weed identity data to the farmer.

The company is looking to commercialise the service including providing the drone and training in its use to the farmer.

Earlier this year, the Electron Science Research Institute (ESRI) and Edith Cowan University in WA was reported to be close to commercialising a laser system for identifying (but not killing) weeds that used lasers of three different frequencies.