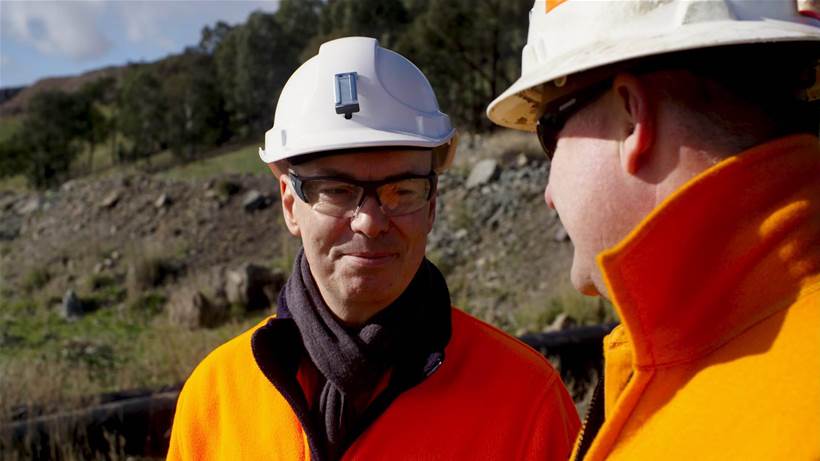 Newcrest Mining won the best Primary Industry Project in our 2019 IoT Awards for the project, which uses machine learning to optimise the level of crushed ore in bins, preventing downtime. Now Microsoft and its partner Insight Enterprises have released details about the solution and its benefits.

The solution is improving productivity, reducing downtime and increasing throughput, Newcrest Mining CIO Gavin Wood stated in a press release. And the company has seen a return on investment within three months of starting to use the solution.

The Internet of Things (IoT) solution has improved Newcrest Mining's ability to avoid expensive production delays by enabling it to more reliably monitor the level of ore in underground bins.

Reliable monitoring is critical, because if the bins become full they must be emptied and that holds up production. If the level of ore is too low, it can’t feed a collection conveyor effectively.

Previous attempts to monitor the bins weren’t effective, resulting in more than three days of downtime during a six-month period. The lost opportunity had a “significant” dollar value, says Gary Slater, Digital and Data Science Architect at Newcrest Mining.

The problem was that the ‘hard’ sensors Newcrest Mining was using weren’t reliable. “The hard sensors in our crushed ore bins were failing at a rate of two or three times every month per crusher, and it often took hours to get the process up and running again,” Slater says. As a result, Newcrest Mining had to use people to monitor the bins.

Since then, it has automated that process by pulling data from upstream sensors such as weightometers, and sensors measuring tonnes tipped and apron feeder speeds. Data from the crushed ore bin ‘soft’ sensor is then fed to machine learning algorithm to predict bin levels. That allows the company to optimise the flow of ore to the crusher.

Newcrest Mining and its partners used Azure artificial intelligence and IoT capabilities to build the solution.