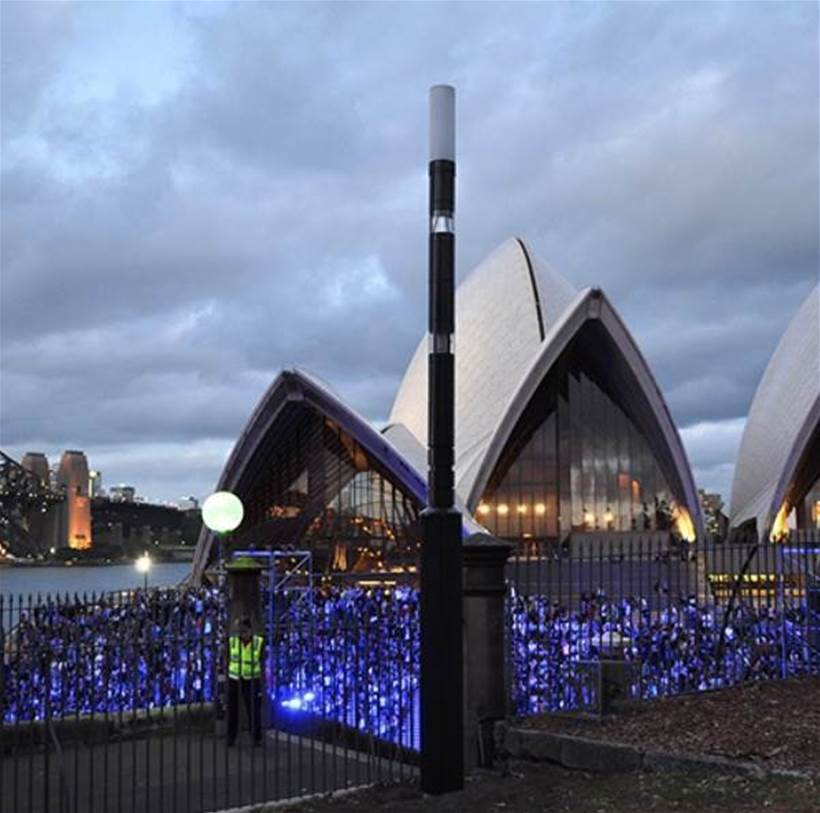 Smart light poles equipped with WiFi and Optus small cells have been installed in Sydney’s Royal Botanic Garden and the Domain, providing visitors with free Internet connectivity and access to information about the garden and the area – and enabling 24 x 7 monitoring of visitors.

A media statement from the Royal Botanic Garden and Domain Trust says smart city enabler ENE.HUB and Optus have installed smart cell technology inside 40 ENE.HUB SMART.NODE LED lighting poles across 63 hectares of the Sydney Harbour foreshore, making it “one of Australia’s most extensive and digital-connected spaces.”

“[Adding] 24-hour power and fibre to every SMART.NODE means the network has limitless capacity for the future digital services that will be delivered by the garden,” according to the trust.

The trust’s statement didn’t mention that the smart poles will also be monitoring visitors, but ENE.HUB’s website details a project for an unnamed client showing poles that can easily be identified as being located in the Domain. It says the project started in September 2016 and was completed in March 2017.

In addition to the functions listed by the trust, the smart poles provide parking management, surveillance and people counting, according to the website.

“The connection to power and telecommunication make the deployment of closed circuit television through ENE.HUB fast and seamless compared to alternatives. … ENE.HUB enables the efficient capture of information for the use by Council as they become smart cities of the future,” the website says.

The trust’s statement said Optus invested $5 million to install small mobile cells on the towers. It says that, over the New Year’s Eve period 7,000+ users were using the Wi-Fi simultaneously from 6pm to 2am across nine events at the Botanic Garden and Domain.

Optus managing director of networks, Dennis Wong, said Opus had chosen a small cell that could be integrated into the smart pole so there would be no impact to visitors’ visual experiences.

The trust has also released an interactive app for the Botanic Garden, available in both English and Mandarin that, it says, provides access to “an improved, more accessible and content-rich website for visitors, particularly those from overseas, who will be able to connect with the garden on social media more readily.”

The app provides real-time wayfinding, a personal journal where users can save their favourite experiences about the Botanic Garden. Additional features include:

The app also integrates with the Apple Watch to provide real-time wayfinding and navigation.