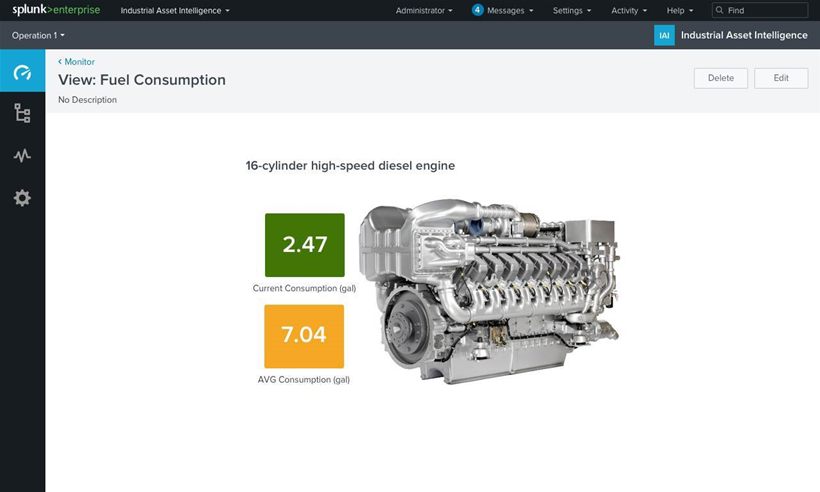 Australian wind farm operator Infigen Energy has been named as one of the beta customers of Splunk Industrial Asset Intelligence (Splunk IAI) – a new system is designed to make it easier for customers to use Splunk’s data analytics capabilities to analyse data from industrial systems and devices.

“We are looking forward to using IAI to monitor turbine sensors and measure temperature, vibration, wind speed and generation activities,” he said.

“With real-time insight on data correlated from various sources we can predict turbine behaviour and maintenance needs. For instance, if we get a read on higher than usual wind speeds, we will be alerted much more quickly about the likelihood of a turbine stopping, and proactively plan for the circumstance.”

Splunk’s director of IoT, Seema Haji, told IoT Hub that the product had been in beta trials for some time. However she said the company’s initial marketing focus would be on Europe.

A limited availability release of Splunk IAI will be introduced on April 23, 2018 at the Hannover Messe industrial conference in Germany, to be followed by general availability in the northern autumn.

“With this rapid increase in IoT data, industrial engineers and analysts are often overwhelmed with the sheer volume of machine data that is generated today by disparate industrial control systems and sensors,” according to Splunk.

“DB Cargo is one of Europe’s largest rail operators and they are using Splunk IAI to remotely monitor their locomotives,” Haji said.

Splunk senior vice president, business operations and strategy and general manager of IoT markets, Ammar Maraqa, said: “Real-time analytics is an absolute must for manufacturers today, but organisations are struggling to bridge the gap between legacy systems, industrial assets and sensor data. Splunk IAI provides a single solution that ensures industrial systems are running at full capacity, enabling organisations to significantly save resources and money on unplanned downtime.”