Sydney train drivers and guards to get 'sub-second' IoT alerts 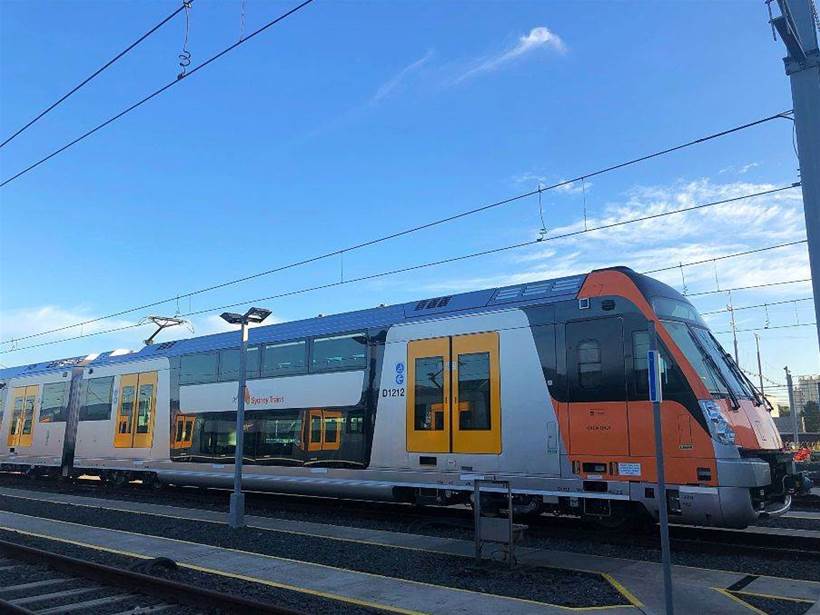 Sydney Trains’ drivers and guards will be alerted to technical problems in less than a second under a sizable expansion of an internet of things (IoT) monitoring project first revealed last month.

Sensors fitted to the trains provide tens of thousands of data points that power commuter-facing applications - such as real-time measures of how full carriages approaching a station are.

This is made possible thanks to what Downer last month called ‘TrainDNA’, which was described as a Microsoft Azure-based platform used to generate data-driven insights into how Waratah class trains are performing.

But Downer Group revealed at a conference in the United States last week that it has much bigger plans for TrainDNA.

Downer Digital Data Services software development manager Stuart Trotter told Microsoft’s Build conference that the system will soon be used across other classes of train on the electric network.

Another major change in the works is that more of the data collected by the train’s sensors will be processed on-board the train, instead of being transmitted externally to the cloud for processing.

That will cut out any delay between a problem being recognised by Downer’s maintenance engineers and it being communicated to the train’s operators.

“We basically want to start deploying stream [analytics] jobs down onto the train,” Trotter said.

“We want to be monitoring sub-second data on the train itself and raising those low-latency notifications to the driver and the guard that are on the train.”

TrainDNA is one of several applications for what Downer Group calls its ‘Neuroverse’, which is effectively a “self-service, IoT, big data and analytics platform… built in .NET on top of a whole heap of Azure PaaS services.”

“We’ve started rolling that out to the business and tackling a few ... challenges,” Trotter said.

The genesis for Neuroverse came when Downer saw common problems and requests starting to emanate from across its different business units and interests.

“We offer everything from building trains and roads, to renewable energy and defence, and what we’ve learned from that is there’s quite a few challenges that are common across those divisions within the business,” Trotter said.

“The first one is there was a real driver to move away from schedule-based maintenance to condition-based maintenance, and the other one is our customers these days are a lot more discerning and are really asking for smarter solutions from our business.”

Two of the initial use cases for Neuroverse are TrainDNA and a hitherto undescribed project called RAMS.

Trotter used his appearance at the Build conference to reveal substantially more about where TrainDNA is being used on the Sydney Trains network.

One of the use cases is around preventing batteries on-board Waratah trains from becoming a fire hazard in hot Sydney weather.

“Trains have got heaps of batteries on board, and in Sydney in the hotter months they’re susceptible to a condition called thermal runaway, where there’s a chemical reaction that occurs within the battery and that reaction is self-perpetuating and the battery gets hotter and hotter until it becomes a real fire hazard on the train,” Trotter said.

“What makes it even more difficult is when you look at the data there’s a lot of false positives coming through and so it’s quite hard to pinpoint when this is an actual event.

“So what we’ve done with [Azure] Stream Analytics is look at a six-hour time window and within that window we’re able to eliminate the false positives that are coming in and detect the very initial signs of a true thermal runaway event.

“At that point we use Azure Functions to send a notification out to our fleet engineers. They’re able to dispatch a field technician to the train, who hops on board and isolates the battery, making the train safe. Then, that battery is swapped out the next time that train goes into the maintenance yard.”

RAMS, on the other hand, is described as a “lightweight fleet management system” developed initially for Downer’s contract mining division for use on an open cut mine in Queensland.

“They want to monitor their fleet of haul trucks and shovels, so what we’re doing there is we’re taking about 200 signals per vehicle every second into the platform and a handful of signals per tire every 10 seconds,” Trotter said.

“What that gives us is the ability to monitor not only the health of each individual vehicle but also the performance of the fleet as a whole, so we can track payloads that are being loaded into the haul trucks, where they’re going in the pit, and so on.

“This has been a game-changer because we can actually track all that now in real time for our customer”.

Trotter said that the next step is to apply RAMS to Downer’s roads business, given it similarly has a fleet of vehicles that it needs to be able to manage.

The first of these is being called TrackDNA and will be used to monitor the status of signalling on the network.

A second use case is being called RenewablesDNA. Trotter flagged its use on “one of Australia’s largest solar farms” that Downer is building, a likely reference to the Limondale project that Downer landed the contract to build at the end of last year.