To Industry 4.0 and beyond

Will many companies skip straight to Industry 5.0? 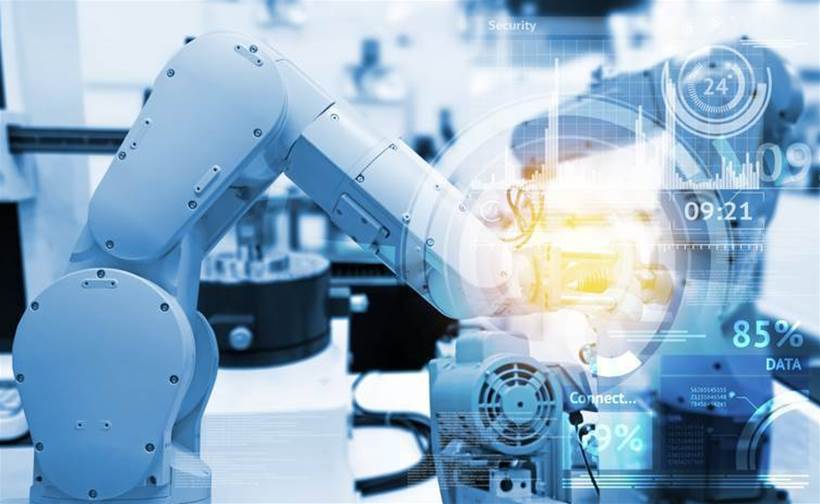 In the third and final feature in our series on aspects of IoT tipped to be hot in 2018, we examine industrial IoT (IIoT) – also known as industrie 4.0 or industry 4.0. But even though industry 4.0 is in its infancy, some are already looking beyond it, to industry 5.0.

Our first two features were on edge and fog computing and IoT security, both of which will be particularly important for industrial IoT. That’s because the control of real time industrial processes is likely to need the low latency and independence from centralised processing offered by edge computing, and because the integration of operational and information technology (OT and IT) will present new security challenges as a huge range of devices using multiple protocols become connected to what were once separate corporate IT networks.

However, one of the big challenges of integrating IT and OT is human, not technical: these domains have traditionally not talked to each other. Sastry Malladi, CTO of fog computing startup FogHorn Systems has been reported saying things will change in 2018, with IT leading the charge.

“Line of business leaders will get more serious around investing in digitisation, and IT will become the cornerstone required for the success of these initiatives,” he says. “What was considered a wide gap between the two sectors – IT and OT – will bridge thanks to the recognised collaboration needed to successfully deploy IIoT solutions and initiatives.”

IDC, in its FutureScape: Worldwide Manufacturing 2018 Predictions says that, by 2019, the need to integrate operational technology and information technology as a result of IoT will see more than 30 percent of all IT and OT technical staff having direct project experience in both fields.

Digital platforms to the fore

IDC also predicts that, by 2020, 60 percent of G2000 manufacturers will rely on digital platforms that enhance their investments in ecosystems and experiences and support as much as 30 percent of overall revenue.

Matthew Littlefield, president and principal analyst and IIoT research and advisory firm LNS Research, says IIoT platform adoption will gain critical mass in the industrial sector and that 2018 will be the year that some of the platform players gain critical mass.

Another aspect of industrial IoT tipped to gain prominence in 2018 and beyond is the concept of the digital twin. Chris O’Connor, general manager, internet of things offerings for IBM, puts it top of his Top 5 IoT trends transforming business in 2018.

He describes a digital twin as “a virtual doppelganger of the real-world thing, saying that, in a software-everywhere world, digital twin technology will help organisations bridge the divide between the physical and digital, serving as “a looking glass into what’s happening within physical assets.”

It will certainly be an interesting year, but to close let’s look a bit further into the future of IIoT. SAP in its white paper Industry 4.0: What’s Next? says Industry 5.0 will be next.

“Looking ahead to Industry 5.0, we anticipate the further restructuring of product development and production in ways that will redefine not only manufacturing processes but also what a product is and the value it provides to customers,” SAP says.

Trouble is, SAP does not define Industry 5.0, saying only: “As more products incorporate digital technologies, they will move from being a bundle of functionality and become platforms for value creation – both for the user and the maker of products.”

The term Industry 5.0 appears to have been coined back in April 2014, in a blog post  by Robert Saracco, a director with EIT Digital, a company describing itself as “a European digital innovation and entrepreneurial education organisation driving Europe’s digital transformation.”

Will Industry 4.0 be stillborn?

Saracco contemplated a future beyond Industry 4.0 saying: “We have seen several waves coming and fading away under the pressure of a new one. This will be the case for Industry 4.0, even though it seems to us today as a most challenging endeavour, and it is not clear if it will even succeed to displace the presently so successful Industry 3.0.

“A search on Google for Industry 5.0 does not bring any result,” he added.

Things have changed since then. We found over 30,000 references!

A good explanation of what industry 5.0 represents is a lengthy article headed Guide to Industry 4.0 & 5.0 by Darrian Mcclellan, account manager at Global Electronic Services.

“Industry 5.0 is the revolution in which man and machine reconcile and find ways to work together to improve the means and efficiency of production,” Mcclellan says.

“Funny enough, the fifth revolution could already be underway among the companies that are just now adopting the principles of Industry 4.0. Even when manufacturers start using advanced technologies, they are not instantly firing vast swaths of their workforces and becoming entirely computerised.”

But some see industry 5.0 as going beyond this synergistic relationship between machine and human. Take these comments from a paper Industry 5.0—The Relevance and Implications of Bionics and Synthetic Biology, by Professor Peter Sachsenmeier, CEO of Switzerland based management consultancy IMAG Information Management AG.”

“Industry 4.0 has already triggered a debate about what it will be like to live alongside robots in the future,” he writes.

“Industry 5.0 discussions touch on the very essence of humanity’s existence, physical integrity, and relationship with nature. At the moment, this debate seems theoretical, yet it will soon come to the fore … The changes brought about by synthetic biology are more fundamental and foreshadow a tectonic, disruptive, and even geostrategic shift: Industry 5.0.”

Welcome to the future!