How PGA Tour is creating a richer spectator experience 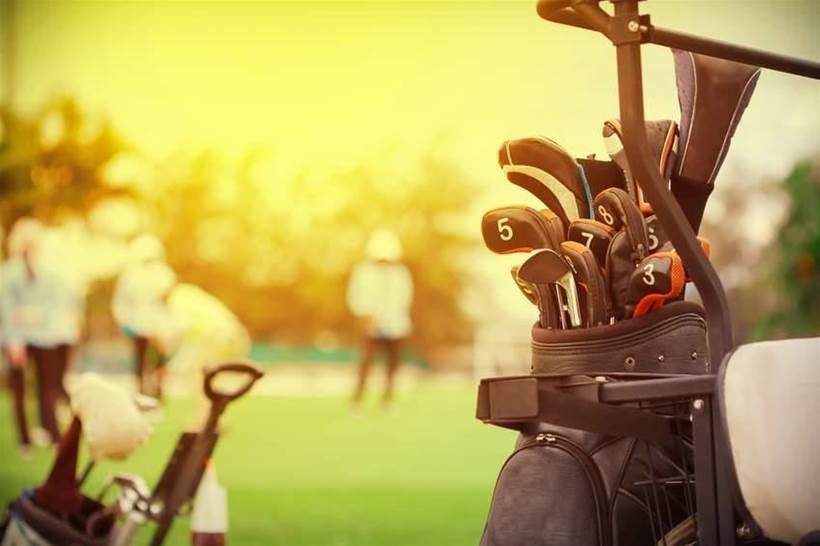 The sport of golf is steeped in tradition, but according to one PGA Tour executive, the injection of cutting-edge technology is what will attract new audiences and enthusiasts to the sport.

Scott Gutterman, the PGA Tour’s VP for digital operations, said the tour’s collaboration with Microsoft has allowed it to leverage an unprecedented amount of data to provide a more engaging experience for tournament spectators and TV viewers.

The PGA Tour uses an application called ShotLink which captures precise data about the players and every shot they take on a golf course.

“Every course is 3D-mapped, and ShotLink captures over 70 data points, allowing us to get an accurate position of the ball on a green down to a few centimetres, and to approximately 30 centimetres on the fairway,” Gutterman explained.

These ball locations are captured using a combination of laser systems deployed alongside a course’s fairways and greens, together with a team of volunteers armed with tablets and smartphones that manually enter information about ball location and trajectory in areas where the laser systems can’t provide an accurate reading.

“Our volunteers mark on their devices where the ball has been hit by tapping into a grid on their tablets, which lets our ShotLink crew back in the production truck know whether the ball went left, right, or out of bounds,” Gutterman said.

“This allows us to add directional context to the data captured by the laser systems.”

The smart devices used by the volunteers have to withstand the varying weather conditions experienced during a golf tournament, Gutterman said.

“The Surface tablets that we use are similar to those used in the NFL. They’re ruggedised to be able to handle the heat and the rain,” he added.

Gutterman said that all the data collected within ShotLink is fed through Microsoft Azure, then sent to broadcasters and spectators, both at the course and watching from home.

For the spectator on location, it can be difficult to keep track of the day’s action, as a typical course can be up to 100 hectares in size, so the PGA Tour’s Hospitality app provides location-specific information for its patrons.

“When you’re at a sponsor’s hospitality tent on the course – which is typically near a particular green – it will give patrons information about what’s going on at that location,” Gutterman said.

“It will show you the leaderboard and who’s playing on the green at the time.

“We can also use the shot distance captured by ShotLink and combine that with historical information about how a particular player has performed with similar length putts in the past, for example, and provide a percentage that represents the likelihood that he will make that putt.”

This Hospitality app will become the basis for the updated PGA Tour app for viewers at home which will be released later this year, according to Gutterman.

“You’ll not only see the functionality provided for viewers at the course, but also receive information tailored for a person sitting at home, watching a tournament with their laptop or tablet in front of them,” he said.

“Our goal is to have a fantastic second screen experience with their devices.”

Gutterman also said that the PGA Tour is working closely with Microsoft to develop a content creation engine for broadcasters.

“The way it works right now is that our staff located inside the production truck analyse the data in ShotLink and offer up content to producers and broadcasters about what’s happening at any given point in time,” he said.

Having a system that automatically generates relevant content based on situational awareness would allow this information to be fed much more quickly to the broadcasters and free up staff to assist in other areas, Gutterman added.

Peter Gutierrez attended the PGA Tour Championship in Atlanta as a guest of Microsoft.