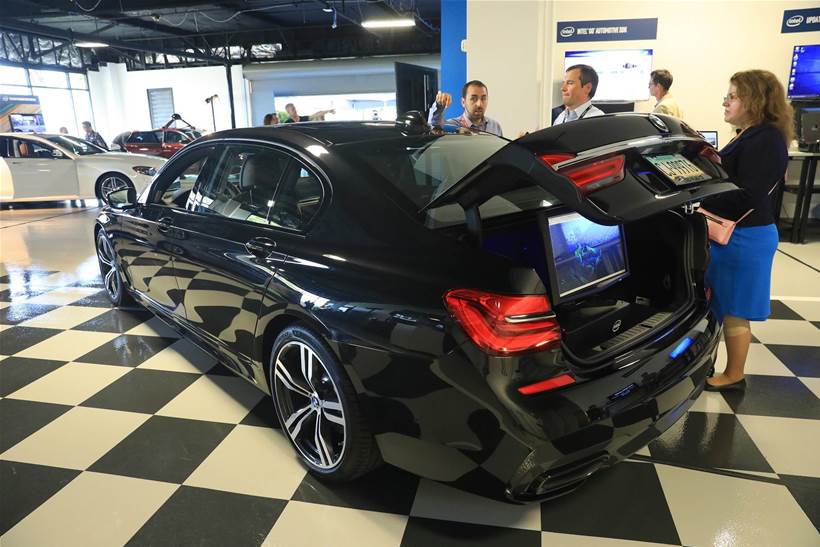 Intel has unveiled its ‘Advanced Vehicle Lab’ in Silicon Valley to showcase its R&D efforts in autonomous driving.

The labs have been created to “explore and better understand the various requirements related to self-driving vehicles and the future of transportation.”

Some of the concepts being developed at these labs include sensing technologies, in-vehicle computing, artificial intelligence, connectivity, and supporting cloud technologies and services.

Intel has long touted that 4 terabytes of data will be generated by a single autonomous vehicle every 90 minutes, and the tech giant expects the majority of it to be processed, filtered and analysed in-vehicle, with the most valuable data being transmitted to data centres to update maps, enhance data models, and more.

Customers and partners are invited to use a variety of tools to develop autonomous vehicle solutions, which include computer system and sensor-laden vehicles, autonomous test vehicles for real-world experimentation, and access to partner vehicles and teams.

The workshop in which the announcement was made marks the first time Intel and its partners BMW, Delphi, Ericsson and HERE presented the entirety of its autonomous driving program.

Intel’s senior vice president and general manager of its automated driving group Doug Davis said in a blog post that he postponed his retirement due to the opportunity to develop driverless vehicles.

“The chance to solve one of the most complex technology challenges of our time, the opportunity to help the auto industry reinvent transportation, the potential to save a million lives every year [are things] unlike anything I’ve done before,” he said.

“There are plenty in the automotive industry who don’t understand how open collaboration can enable differentiation and innovation,” he said.

“As a society, I don’t think we can afford to continue down a proprietary path. The faster we can deliver autonomous driving technology and take humans out of the driver’s seat, the faster we can save lives.

"It’s that simple – and that important. And I am confident Intel will not only succeed in helping our partners put self-driving cars on the roads, we will do so in the fastest, smartest way possible.”

Intel has certainly put its money where its mouth is in terms of autonomous vehicle development, since it first announced a partnership with BMW and Mobileye last July and proclaimed it would have a driverless vehicle on the road by 2021.

More recently, it has put up US$15.3 billion to acquire Mobileye to ensure tighter integration between the Israeli company’s computer vision IP and Intel’s high-speed processing expertise.