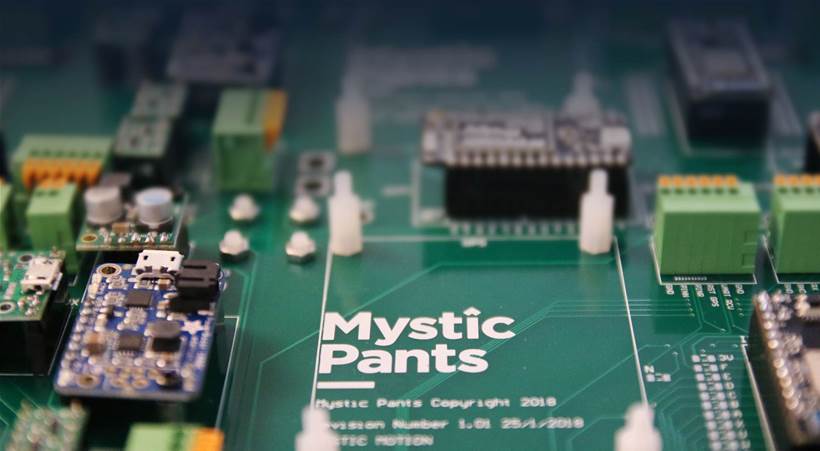 Mystic Motion uses a combination of differential GPS and multiple wireless technologies to implement safety control systems in environments where multiple vehicles are operating together in close proximity and at high speeds.

Mystic Pants is aiming the system largely at the mining and agriculture sectors, although its first implementation is actually on the Wild Buggy ride at the Wet’n’Wild theme park on the Gold Coast, where it is used to keep buggies on a dirt track — which can be driven by children as young as five — a safe distance from each other.

All system performance data is visible on a screen that show the location and performance information of each vehicle.

This means the complete units can be produced at low cost and large scale on a single board, which Mystic Pants says, promises to dramatically lower the cost of fitting precision GPS and control equipment for mining and agriculture applications.

Mystic Pants says its system is an order of magnitude lower cost that existing systems that are attempting to achieve the same results.

Mystic Pants’ Mystic Motion semi-autonomous vehicle control system is a finalist in the Best Primary Industry Project category in the 2018 Australian IoT Awards being held at the IoT Festival on 4 June in Melbourne.