Report calls for IoT strategy to exploit the region’s advantages. 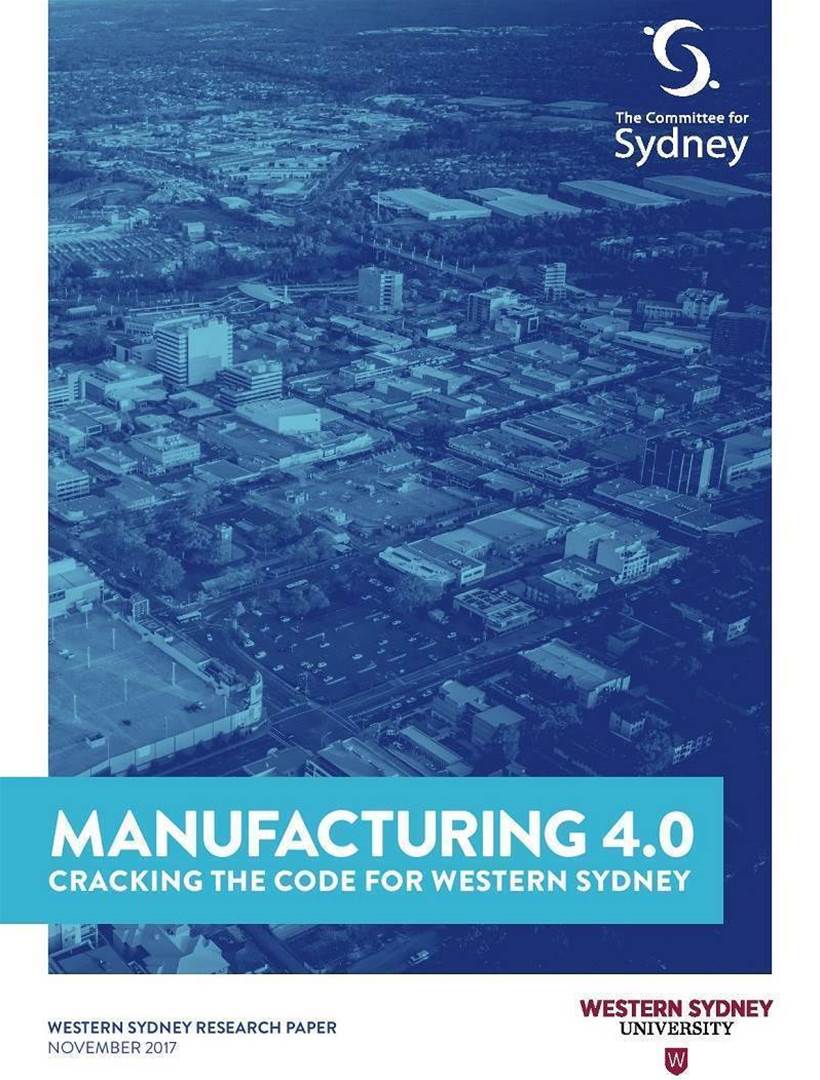 Western Sydney is “uniquely positioned” to exploit the possibilities of Industry 4.0 and take a leadership role in advancing manufacturing in Australia, according to the Committee for Sydney.

This conclusion, and the thinking behind it, is set out in a report Manufacturing 4.0 – cracking the code for Western Sydney, produced jointly with Western Sydney University. It concludes that Industry 4.0 presents a major opportunity to help Australia become one of the emerging leaders in industry 4.0 solutions and services, which will “open countless new market opportunities thereby strengthening Australian economy.”

The report says Western Sydney is “uniquely positioned” to capitalise on the Industry 4.0 movement and “has the potential to drive the next wave of innovation, productivity and competitiveness to assert itself as a leader in manufacturing advancement.”

And it calls for a Western Sydney Internet of Things strategy for the manufacturing sector to be commissioned to help identify strategic areas of focus as well as challenges.

The region is well-position to lead the move to Industry 4.0 because it has a concentration of small manufacturing companies that are eager to transform and whose small size confers advantages of agility, risk taking ability and the ability to quickly evolve and change their business model as they progress, according to the report.

For Western Sydney’s SMEs, Industry 4.0 will be of paramount importance, it says. “Manufacturing in Western Sydney, like overall manufacturing in Australia, has been in a state of constant decline from the early 2000s. Flexible value chains, personalised products produced at unit costs, drastically reduced production management efforts and faster response to market requirements are some ways industry 4.0 will transform the manufacturing game for SMEs.”

It says the Western Sydney region could emulate countries that have been able to turn around manufacturing decline by undertaking concrete steps such as having a government industry and research partnership at the centre of manufacturing.

“An often cited example is Germany’s Fraunhofer Society which, with the help of Industry 4.0, has been able to position Germany as a leading global provider of manufacturing technologies despite Germany facing similar labour cost pressures as any other developed nation,” the report says.

Industry 4.0 is a concept debuted by the German Government at the 2011 Hannover Fair and is being promoted aggressively by the German and other governments.  It represents a stage of integration of information technology and industrial processes beyond today’s automated factories (dubbed industry 3.0) driven by IoT, artificial intelligence and includes the idea of manufacturing being tied directly to market demand.

The Committee for Sydney report calls for government initiatives to address a number of issues it sees as critical to the uptake of industry 4.0:  to accelerate reskilling of the industry to meet the emerging and changing talent needs; to encourage and support investment in long-term, strategic R&D

It says work is needed to coordinate efforts to integrate Industry 4.0 into Australian manufacturing, as that this will be imperative in opening up the way towards Australia being a global supplier of products and services.

These, the report says, “are complex problems and will require the coming together of academia, industry, government and business.”

It calls for government-led and supported initiatives in these areas to problem solve these issues.